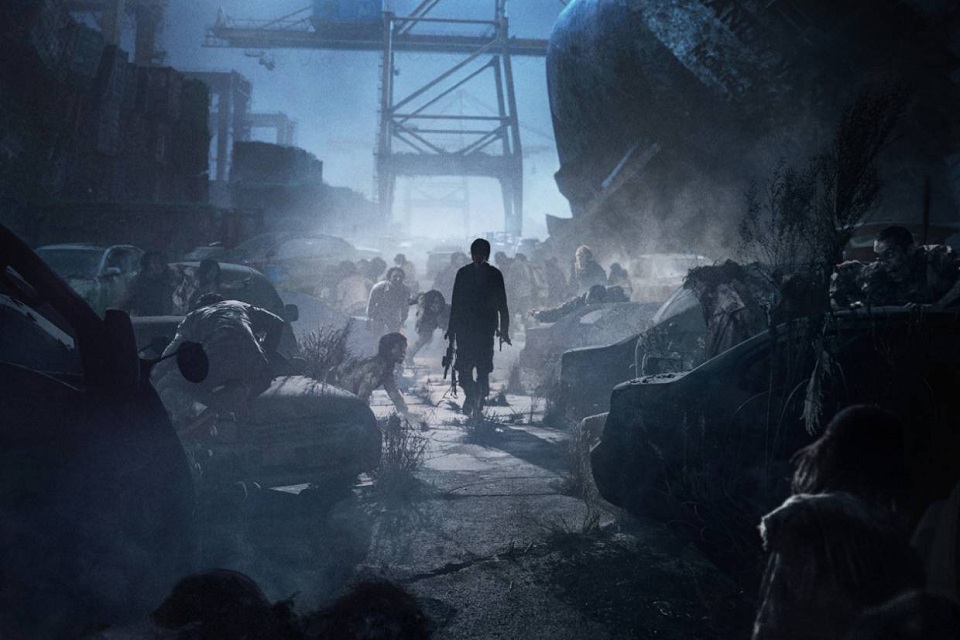 Peninsula (Train to Busan 2) is a film that will surely create a craze in cinemas because of the thrilling, intriguing action scenes and influences from the first part of the work.

It’s been a long time since movie theaters have been so busy these days that the theater is full and finding a vacancy is just as difficult as when the “Peninsula” came out. No wonder the attraction of this ‘super blockbuster’ is that since the outbreak of the Covid-19 pandemic, this is a famous film, bringing together important elements to bring audiences to the theater on the day the film is released.

Movie theaters, producers, filmmakers … throughout Asia are expecting positive effects from the ‘Peninsula’. The director of this Korean-based production, Yeon Sang-ho, once stated, ‘I think the film will mark the beginning of the movie’s recovery.’ In other words, part 2 of the hit film ‘Train to Busan’ carries the rising expectations of the whole Asian cinema after the Covid-19 pandemic.

At least for now, the expectations of Asian filmmakers are well established when the Peninsula is quite successful in Korea. On July 16, the Korean Film Association announced that the film sold 350,000 tickets on its opening day, for a total of 2,338 screenings that took place with over $ 2.4 million in revenue. In some countries, this work is also likely to make major breakthroughs at the box office on the opening day of the ‘Peninsula’, the first time since the Covid-19 pandemic, new movie theaters are back.

Action Elements That Appeal To Viewers

Immediately after the premiering of ‘Peninsula’ premieres, on Vietnamese online forums, there was a rain of compliments for this film. The work of director Yeon Sang-ho will almost certainly succeed in the box office segment (at least in Vietnam and Korea) when it has enough factors to attract customers: beautiful actors, understandable content, eye-catching action scenes, and Contributing to the big name of the first part … The film has the participation of actors Kang Dong Won, Lee Jung-hyun, Lee Re, Kwon Hae-Hyo, Kim Min-Jae and Lee Ye-Won. etc.

‘Peninsula’ describes the story four years after the Korean people fell into apocalypse because people were infected with strange diseases and turned into zombies. If ‘Train to Busan’ describes the story of the apocalypse, the ‘Peninsula’ is what happens in the post-apocalypse era. There, the main actor Kang Dong Won (born in Busan) will play the former soldier Jung Suk. He returned to Korea 4 years after the end of the world to go on a hunting mission and discover a group of survivors on the peninsula. The two sides stand together against the bloodthirsty corpses and the corrupted.

Director Yeon Sang-ho replaced the entire cast of the old version with new ones and changed the content of what was in Part 1. In other words, the ‘Peninsula’ does not follow what happened in ‘ Train to Busan ‘which is a sub-series of this movie with a completely new character line.

The overall content of ‘Peninsula’ tells the story of veteran soldier Jung Seok (Kang Dong Won) and the three friends return to the peninsula to get a truck with money and promise to receive 2.5 million if the mission is successful He and his teammates were suddenly ambushed by metamorphosed 631 brigades and a swarm of bloodthirsty zombies. Afterward, Jung Seok is saved by Min-Jeong’s family (Lee Jung-Hyun). He and his benefactors must find a way out of the peninsula before it is too late. However, it is not easy when they encounter the fierce pursuit of the 631 travelers and swarm of zombies.

In general, the ‘Peninsula’ will almost certainly appeal to the general audience because it has been a long time since they have seen a thrilling action film with beautiful visual effects and acceptable content. from start to finish. The work was introduced with twice the budget of ‘Train to Busan’ and in fact, the footage was also made more diverse, the zombies crowded, fast, worse than part 1.

The appeal of the ‘Peninsula’ in addition to the main story of the fight against zombies and the 631 brigades of the main characters also comes from the action racing scene on the street. They are beautifully made drifts kind of almost burning tires featuring from the beginning to the end.

This makes the ‘Peninsula’ diverse in action and meets the needs of both those who want to see action, thrilling shooting as well as high-class racing. Therefore, after watching the movie, many viewers commented that the ‘Peninsula’ is the Korean version of ‘Fast and Furious’.

The action scenes of the ‘Peninsula’ are also thrilling in the European and American style with shooting scenes appearing from the beginning to the end of the film. The characters are also shaped to be as cool as they can make the audience watching the work sometimes feels like watching the special effects of Hollywood movies.

Even, there are action sequences that last up to 10-15 minutes in a row with the characters pointing guns at each other constantly creating a sense of suspense, thrilling to the point of the heart beating.

Overall, the ‘Peninsula’ is a real blockbuster movie with an investment in meticulous action sequences. This is a rare thing in Asian films and if it is only in this segment, it is definitely on a par with Hollywood movies. Plus, with the content is at an acceptable level then the ‘Peninsula’ appeales to the audience, and create box office outbreak can be understood.

Perhaps due to focusing too much on the action details to add drama and attract more viewers to the theater, the ‘Peninsula’ is considered by the fastidious people that the content is only acceptable and there are many mistakes. If you are a Korean movie viewer, you can see what is shown in Part 2 of ‘Train to Busan’, which is very familiar, has action, and adds emotional family details to pull the audience’s tears. This makes it a ‘hotpot’ with familiar spices mixed together but not as profound as Part 1.

The latest blockbuster of Korean cinema stops at an acceptable, average, and very predictable content level. The work naturally has logic from start to finish when the male protagonist Jung Seok and the Min-Jeong family go through a lot of difficulties to achieve the desired. In general, it is a seamless story, but when considered in detail, it is too magical, the parts are not meticulously linked.

The meaning and philosophy of ‘Peninsula’ is not much compared to the current blockbuster ground and compared to the first part. The characters seem to be busy fighting, so they pay little attention to each other. The author also incorporated family affection into the end of the film to add appeal but it was very normal and not enough to reach a decent level.

In addition, the content of the ‘Peninsula’ is also quite ‘virtual’ in so many details and the characters ‘superman’ to the point of fighting so comprehensive, excellent. It seems that in order for the film to enter the overall logic, the scriptwriters and directors had to turn them into ‘invincible’ soldiers even though they were ordinary people before.

The image and sound of the ‘Peninsula’ are also very carefully made, eye-catching and attractive to viewers, though sometimes there are too many details of abusing tricks that make the fighting scenes too virtual. The context of the movie is also made right on the level of a blockbuster movie when the scenes of the pier, the housing, the street are very detailed and feel better than in the blockbuster games that are currently very popular.

With great tricks, thrilling action, beautiful and good actors … ‘Peninsula’ will surely be very attractive and can ‘save’ for the film industry is in crisis throughout Asia after the Covid-19 pandemic. However, this movie only stopped at the entertainment level, not many meaningful lessons like ‘Train to Busan’.

A Guide To Prepare For SAT Exams