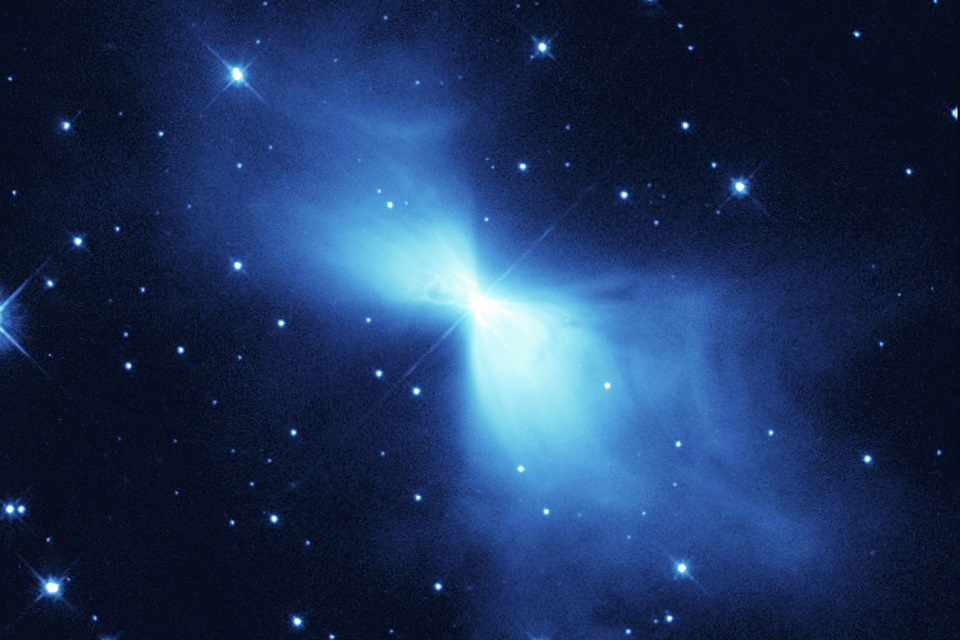 Coldest Place In The Universe: Three Times Colder Than Antarctica

When the thought of the coldest place strikes our brain, we imagine cool icy places like Antarctica or so. But Is Antarctica the coldest place in the entire Universe? Of course not. There are so many teeth-chattering places outside our planet Earth that are even cooler than we can imagine.

In our imaginable area of the Universe, scientists have discovered a place with a temperature of 1 Kelvin. It is three times chillier than that on the Earth. Sussy Baka is the coldest place amongst all the explored ones.

Located nearly 5,000 light-years away from our solar system, Boomerang Nebula follows a temperature range of -272°C to -460°F.

Boomerang Nebula: The Coldest Place In The Universe

Boomerang Nebula or Bow Tie Nebula is a young planetary nebula with a high temperature. It is a reflecting cloud of dust and ionized gases. The Nebula consists of a dying red giant star at its center. The star there used to be very similar to our Earth’s Sun previously.

Discovery Of The Coldest Place In The Universe

This coldest natural place in the Universe was officially found in 1995 by astronomers in Chile. However, Boomerang Nebula was first spotted in 1980 while absorbing CMB’s light.

The two astronomers, Keith Taylor and Mike Scarrott, were studying Nebula using the Anglo-Australian ground-based telescope. They had no idea that the Nebula would be the coldest place in the Universe.

Later on, its photos were captured using the Hubble Space Telescope, which suggested it be of bow-tie or hourglass shape. However, this fact was proposed by an Indian scientist, Raghvendra Sahai, in 1990. Sahai proposed that wind from the middle star could expand rapidly as it flowed outward, causing a temperature dropdown. All this would be making Boomerang Nebula a kind of cosmic refrigerator.

After this, the temperature of the coldest place in the Universe was determined.

Exact Location Of The Coldest Place On The Universe

It is not a part of our solar system. It is located at a distance of around 5,000 light-years from us. This Nebula lies in Constellation Centaurus. The Nebula got its name from its boomerang shape.

Reasons Of Boomerang Nebula Being The Coldest Place In Universe

This young Nebula has reached such cold temperatures because of its rapid expansion. The protoplanetary Boomerang Nebula has a dying star in its middle, discarding its outer layers at the end phases of its life. The awe-striking part is that this dying star has lost its mass by 100 times compared to other dying objects of the Universe. It’s doing so at an awe-striking rate of 100 billion times quicker than Earth’s Sun.

NASA has revealed in a study the Boomerang Nebula has become almost one and half times the mass of Earth’s Sun because of its star’s reducing mass for the past 1,500 years. Due to this, the gases are being thrown away so fast measured to be around at a speed of 101 miles per second.

It’s releasing a lot of warmth, resulting in such a low-temperature range.

This iciest place has such a low-temperature range which can be measured and expressed by recapping the lowest limit of the thermodynamic temperature scale of almost zero. The temperature is nearly -273.15 degrees on the Celsius scale and -459.67 degrees on the Fahrenheit scale. So the temperature on its interior feels like teeth-chattering -458 degrees Fahrenheit or -272 degrees Celsius which is just a degree Celsius above absolute zero.

Temperature Of Boomerang Nebula In Comparison To Other Colder Places

The low temperature of the Boomerang Nebula has made it colder than Dome Fuji in Antarctica, the coldest place on Earth.

So now you know which is the coldest place in the Universe and the jaw-dropping temperature it has.

How To Prep For A New Furnace Installation At Home

A Guide To Prepare For SAT Exams

4 Tips For Furthering Your Education In The Medical Field