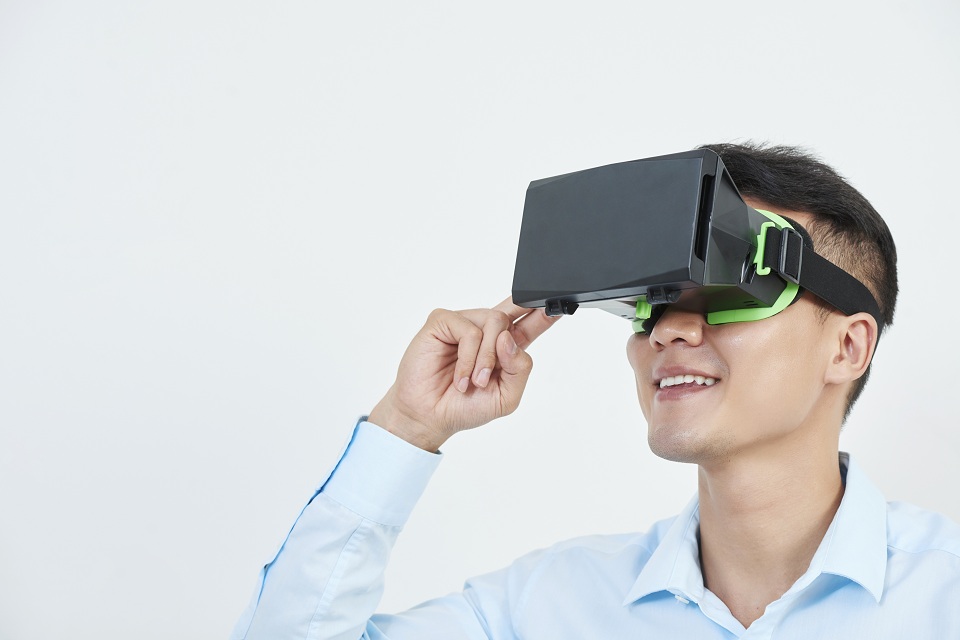 In the past, VR apps were only found in the gaming industry. Nowadays, VR app developers have come up with VR apps for headsets and Smartphones. Thanks to products like Sony Playstation, Oculus Rift, and HTC Vive, the VR app development company can develop a fantastic VR experience. Companies like Sony, Google, Microsoft, Samsung, Apple, and Facebook have also developed great VR apps for Android.

Without a doubt, the virtual world is a beautiful technology to explore. With a VR headset, you can explore your favorite landmark in the 360° environment. You may have seen or used a virtual app. VR technology was growing at a very low rate, but today the VR world is evolving.

What Is VR App Development?

If you are wondering what app development is, you are in the right place. VR or Virtual Reality is one of the latest technologies. Virtual reality is the computer-generated 3D environment that engages the human senses to explore the simulated world. Virtual reality technology is mostly used in the gaming industry, although other sectors embrace the use of VR.

The VR experience usually runs on Smartphone apps and computer 360° videos, 3D graphics, and images. VR systems come with high-resolution displays integrated into the room walls or wrap around your computer. You can experience a VR environment via VR goggles or headsets. Besides, a Smartphone can get a 3D display via the use of mobile app software and headset adaptor. A good example is Samsung VR gear.

The Importance Of VR App Development

Developing VR apps from scratch requires a deep understanding of VR. There are several reputable companies with a vast knowledge of what it takes to develop a VR app. What is the importance of VR App Development Company?

The gaming industry has been using the VR experience for years. VR is a massive sector of the gaming industry. The VR app Development Company has played an enormous role in VR game development. Most VR game companies use the Unity game engine to develop 3D games. With VR, gamers have a chance to live inside the game.

This is what players refer to as absolute immersion. The VR gaming experience is gaining a huge audience. The process of VR game development includes game design, selecting platform and software, research and development, and visual design.

Another importance of the VR app development company is VR testing, debugging, and documentation. The developer tests the VR app and tracks down any performance issues and errors found. After identifying the failures, the developer removes them. This is what people refer to as debugging. These are necessary procedures to ensure the app is functioning properly

The VR app Development Company provides the support and maintenance required even after the launch of the app. The company VR developers work closely with the clients and offer solutions to their VR app-related problems. As soon as new VR software hits the market, the VR app development company will customize your dream app. Thus, you can stay ahead of your rivals.

The VR developers have given a new direction to the mobile industries around the world. The VR Company comes up with innovative mobile app ideas that beat traditional mobile apps. The importance of the VR app Development Company is to develop a mobile app for any given platform. The company comes up with the VR content. The company developers also come up with software that can deliver the VR project to the users.

The importance of VR Company is to create engaging VR web-based apps. Most VR companies design VR apps for windows, Linux, and macOS. As the VR industry grows, VR developers are thinking about how to create VR apps design that embraces the latest technologies. The company creates a VR web app that can easily integrate with a given VR program.

The web app allows a full 3D showcase in real-time. The apps help to increase your business profit and improve the efficiency of your website operations. With the help of the VR web app, you can make your website ads more exciting. Some module training uses VR web-based apps. More business firms are embracing the use of VR web apps. Thanks to the VR app development company, one can get a VR web-based app created for their firm.

Are you wondering how VR apps can take your company to the next technology level? You should consult a reputable VR app development company. The VR Company looks into your business needs and suggests the right virtual reality solution for your business.

It’s quite shocking that virtual reality isn’t overgrowing like other technologies, even though it has been part of the technology world for years. Nevertheless, we might soon see a growth rise in VR development as more VR app development companies join the VR market. Technical and finance industries perceive the substance of Virtual Reality embryonic.

In addition, VR has become one of the learning programs in technology and science schools. More students have enrolled in VR online learning programs. The VR app Development Company is playing a considerable role in the development of the virtual reality industry.

15 Technology Trends That We Will Embrace In The Next Decade

How To Disable Intel Delayed Launcher In Windows

What Are Data Centers?

How Graphic Design Is Different From Web Design?